Chris Pendleton, Engineering, Tony Amicangioli, CEO, Beth Geething, Support and Brian Germani, Risk and Compliance At 2:32 p.m. on May 6, 2010, the U.S. Equity market began a sell-off that lasted 36 minutes and saw the Dow plunge over 1,000 points, or 10 percent of its total value. The event—which a report later described as “one of the most turbulent periods in the history of financial markets”—became known as the “Flash Crash,” and had reverberations that lasted for years. One of the most immediate impacts was the November 2010 implementation by the U.S. regulators of a rule for market access. It was intended to help prevent similar incidents by requiring any broker who provided direct market access to its trading clients to perform a pre-trade risk check. This would prevent any erroneous orders from entering the market and triggering another high-speed sell-off.

The new regulation required numerous risk checks to be performed in-line, which resulted in a substantial added delay in getting orders to the market using traditional computer models. Set against this backdrop, HPR (formerly known as Hyannis Port Research) is one of the pioneers that opened its doors to deliver capital markets infrastructure (CMI) technologies that would allow trading to continue without sacrificing speed.

Tony Amicangioli, who founded HPR with co-founder Tom Wilson, had a unique career path that lined up perfectly with this particular point in history. First, he understood electronic traders and their technology needs after spending nearly a decade as the CTO for Tower Capital Research’s Lime Brokerage—one of the earliest and still most advanced electronic trading firms in the industry. Secondly, he understood the role that hardware could play in helping to solve this particular problem given his experience earlier in his career at BBN Systems & Technologies, where he led development of their routers and switches, and later at his start-up, Zetari Systems, an early cloud systems provider.

How could brokers perform the necessary risk checks without sacrificing speed?

Tony knew that the ultra-fast hardware-based platforms— which were starting to creep into the trading industry—held the answer to these challenges. So with a small core group in Newton, MA, Tony and team built RiskbotTM, an ultra-low latency pre-trade risk and market access gateway which could perform dozens of pre-trade risk checks as required by the new regulation with the ability to process a trade in the time it takes light to go 400 feet (or 360 billionths of a second). This was unheard of at the time and, given the subsequent enhancements made to Riskbot, it remains the industry’s leader.

“The platform was quickly adopted by UBS to serve as its gateway to the markets, and has been one of the biggest reasons that the global investment bank has become the world’s leading equities trading broker by market share after dozens of the most latency-sensitive trading firms turned to UBS to be their primary conduit to the market,” mentions Tony Amicangioli, Founder and CEO of HPR. Today, HPR sees approximately12 percent of the U.S. equity market volume flow, 15 percent of Australia’s, and rapidly increasing volume shares in other major financial markets through its globally recognized platform.

From Concept to Realization

Since the launch of Riskbot, HPR has gone on to significantly diversify its product portfolio, adding additional hardware, software, and cloud solutions. At the heart of all of these is the role they play in simplifying their clients’ technology stacks. HPR’s core technology—UnimusTM—solves some of the biggest legacy issues in capital markets, which are largely the impediments to efficiencies and performance caused by the aging in-house technologies run by most banks.

“Because Unimus is designed from the ground up, the reduction in the number of systems brings tremendous efficiencies to its users, helping lower costs while boosting reliability and speed,” comments Amicangioli.

At its core, HPR’s product set includes the following:

•Riskbot: The industry’s fastest ultra-low latency pre-trade risk system. Depending on deployment, latency can be as low as 90 nanoseconds. Riskbot performs over 65 risk checks and is available in over 80 markets globally. Riskbot is targeted to banks and brokers who provide sponsored access.

•Softbot Native: A software-based pre-trade risk and market access gateway that performs over 65 risk checks and is available in over 80 markets globally. With a latency of five microseconds, Softbot is geared toward less latency-sensitive firms.

A Cut Above the Rest

Though founded at a time when multiple companies were attempting to address this space, HPR steered ahead of its competition by providing state-of-art technology to global investment banks and hedge funds alike. “There are two significant points of differentiation for HPR,” says Amicangioli. First, the company brings a unique blend of expertise across the major technology disciplines—hardware development, software development, networking, and cloud—which also are the areas in which the “cloud-native” firms exist. Secondly, while HPR is a major player in the trading technology industry, it remains small enough that everyone— regardless of role—has a direct impact on its success, creating a culture of collaboration and entrepreneurialism that doesn’t exist in larger firms.

HPR’s culture is a major part of its success. Despite a significant growth cycle over the past few years, the firm has been able to maintain a start-up atmosphere where everyone is deeply committed to its success and mission of delivering world-class products and even better service to clients.

But how does HPR keep people focused on this mission?

“To start, every person has a tremendous amount of responsibility, which means they know they are critical to our success,” says Rachel Swenson, Director of Finance and Corporate Operations. “Whatever their role—product development, client support, day-to-day operations, or talent acquisition— each of our team members play a fundamental role that directly impacts the organization and directly contributes to its growth.”

HPR also facilitates an environment that promotes innovation and collaboration, which is why the people at HPR tend to not only be smart, but welcoming and eager to help train and develop those around them. Obviously, the ability to achieve financial success is an important draw for talent, but so is finding a company that you enjoy going to work for every day. HPR knows that’s a rare combination, and consequently, is very committed to protecting the culture it has worked so hard to build.

"Because Unimus is designed from the ground up, the reduction in the number of systems brings tremendous efficiencies to its users, helping lower costs while boosting reliability and speed"

The most gratifying sign of our cultural success is that we often find the team spontaneously planning and organizing social gatherings both here at the office and offsite.

By providing its offerings as managed services, HPR also has streamlined integration issues, which are often the stumbling block for implementing enterprise solutions. “It’s an overwhelming challenge to modernize an enterprise stack, let alone turn it into a competitive advantage. With our Unimus platform and associated products, we help clients compete in the real world by putting their solutions on par with those offered by the most cutting-edge technology firms,” says Tom Wilson, Co-Founder and Head of Business Development, HPR.

Market sentiment has caught up with HPR’s visionaries. As Instinet’s President Mark Govoni remarked at this year’s STA Market Structure Conference in Washington, “Historically, the sell-side has had a build-at-all-costs mindset when it comes to technology. But that is changing, and I think you are starting to see banks partner with best-in-class technology providers.” As such, HPR is in a unique position to serve them.

Going forward, Amicangioli believes that 2020 will be a year of continued growth for HPR. The firm has seen a rapid uptake in the banks that trade on their platform. As Tony Amicangioli predicts, “This will be the year that the cloud goes mainstream in financial services. Although businesses leveraging cloud-based models have upended incumbents in scores of other industries, it’s been slower coming in financial services”. This is going to change.

To that end, HPR is all in for cloud technology in the year ahead. The company is tirelessly pushing the envelope beyond provisioning conventional trading wisdom. HPR’s plans are ambitious, vastly exceeding their current product lines. “While we are the number one provider of pre-trade risk systems, we plan to be the number one systems and technology provider for the presently untapped market-structure equipment sector,” concludes Amicangioli. 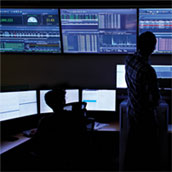 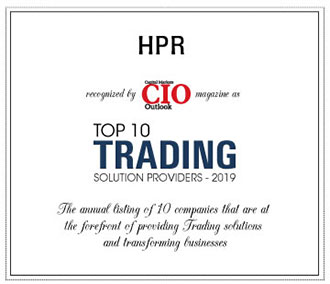 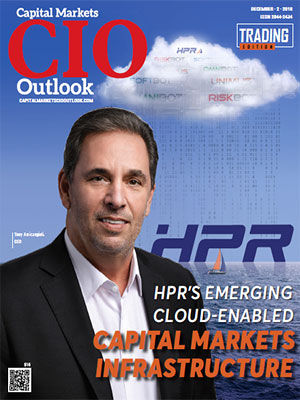